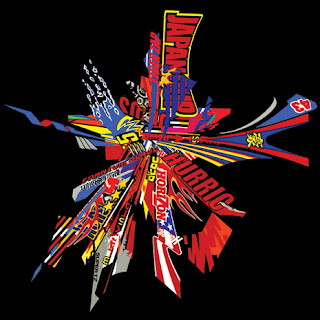 
Brooklyn band Sightings has, for five years, made a good name for itself by destroying peoples ability to hear. Previous albums largely sound like someone sawing a car in half with a rusty chainsaw, but for new album Through the Panama (on Load Records just in time for Halloween), a knight in white armor also known as Andrew W(hite) K(night) intercedes on behalf of Jammingshire. This first song off Panama still fully shreds but also has rhythm and a respect for your eardrums, if only slight. Take thee a free tracketh below, and watch out for dudes when they hit the road in October.


It's your grandmommy's new favorite tune! Spank Rock, Benny Blanco, Santi and Mandy Blank talking super grimy on the next track downloadable from the forthcoming Bangers & Cash album. Get it at Spank Rock's MySpace.

Citay, the ten deep collective from San Francisco, releases Little Kingdom on one of our favorite and best-named labels of late Dead Oceans on November 6th. Little Kingdom sounds like Ratatat if they became Hare Krishna or Lightning Bolt if they scarfed a shitload of peyote and played drums with their hair. It is a monumental journey through the galaxy of jams and the ideal soundtrack to a million falling leaves. It is the light reflecting off northern Pacific whitecaps. It made us sell our clothes and make new ones out of beard clippings. We started a garden! In brief, we're into it, and it all begins with "First Fantasy," free for the taking below.

For the fourth edition of the Southern Comfort/FADER 7-inch series, we asked ourselves, "What would it sound like to get your butt sliced off by a ninja robot in the year 3076?" The answer (clearly) was Parisian party animal Busy P on one side and B'more blockslayer DJ Blaqstarr on the other. And then we got Tomoe Hamaya to design that ninja's adverthrowingstar for the cover. Watch out! We've got a bunch to give away and all you have to do is email contests@thefader.com and put "seven" in the subject line to get one.
Posted by Brik Mason at 3:43 PM

Email ThisBlogThis!Share to TwitterShare to FacebookShare to Pinterest
Labels: thefader.com