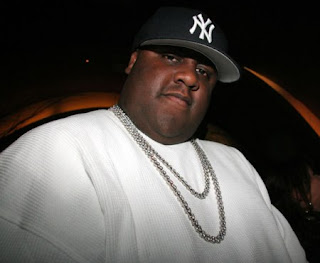 Here’s what the Hollywood Reporter had to say:

Woolard, who also is known as Gravy, is not a total unknown. He has
released a number of albums, though he’s perhaps best known for
being shot before a radio appearance outside the New York hip-hop
station Hot 97 two years ago, after which he proceeded with the
interview and became a part of hip-hop lore.

Like Biggie, Woolard was a drug dealer before he became a rapper.
He had released a number of albums on indie labels in the 1990s
before being signed by Warner Bros.
Posted by Brik Mason at 9:50 AM

Email ThisBlogThis!Share to TwitterShare to FacebookShare to Pinterest
Labels: onsmash.com